Thanks to a great Facebook group on West Coast cannery history, I’ve been seeing more examples of Funter Bay cannery packaging. These photos are courtesy of Scott McPherson, George Freddora, and Robert Critchley, and are used with permission. 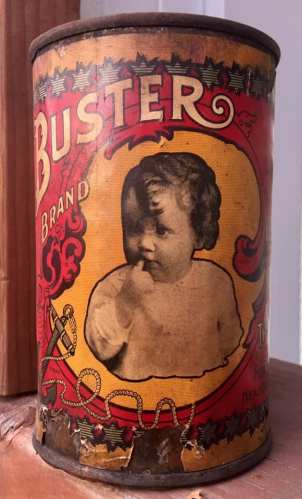 And a later version of the “Buster” label. I’ve previously shared a black and white copy of this one.

An early “Peasant” brand can for Pink Salmon. This artwork matches the 1906 trademark filed by the Thlinket Packing Co. 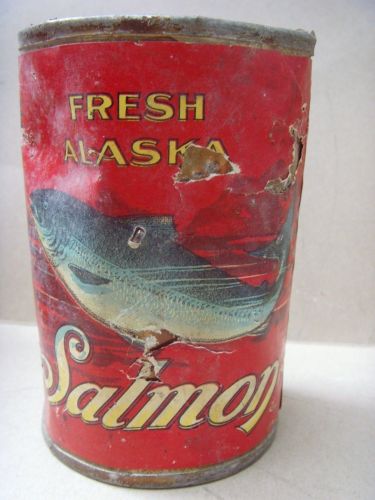 Another version of the Peasant logo, probably from a few years later:

And a “Thlinket” brand label. This was also for Pink Salmon: 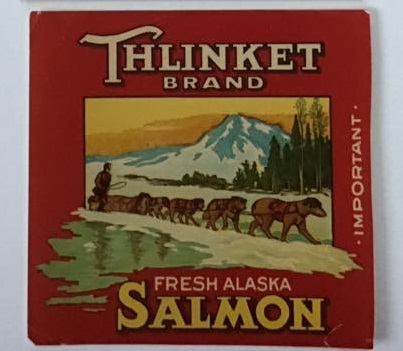 And a later Suwanee variant, from when the Funter Bay cannery was owned by Sunny Point Packing:

A “Tepee” Brand can for Coho ( I have also seen Tepee advertised as “standard-grade Sockeye”.)

And a “Sea Rose” brand label for Sockeye Salmon:

A well-preserved original packing crate label from Funter Bay. These wooden crates held 48 tall cans. The blank space at the top center would be for stenciling the species once the crate was packed and ready to ship.

I’ve previously posted other examples of Thlinket Packing Co labels, including “Buster” (Pink), “Tepee” (Coho), and “Sea Rose” (Sockeye). Some of these brands may have changed through the years, as I have also seen Tepee advertised as “standard-grade Sockeye”.

This entry was posted on Friday, November 22nd, 2019 at 6:00 pm and is filed under Alaska History, Funter Bay History. You can follow any responses to this entry through the RSS 2.0 feed. You can leave a response, or trackback from your own site.